There are several options.

Buy a USB-compatible knock-off.  Avoid this at all costs.  They may look the same but they do not feel the same.  I made the mistake of buying one and it is simply terrible.  The companies making these really should make a little extra effort and copy the original more closely.

Buy an official USB-compatible version.  This was once the best choice.  A few years ago eBay was flooded with ones branded with the SLS (Sega Logistics Service) logo.  They were selling for under $20 and were quite good, very close to the original Saturn controller.  Unfortunately, these suddenly disappeared from eBay and the prices quickly skyrocketed.  When a new one actually shows up it can sell for $100 or more.  Used ones vary in price, so it is viable if you don’t mind a used controller.

Buy an adapter for an official Saturn controller.  This is a reasonable choice.  It is not as “clean” of a solution as a USB controller but works fine as long as the adapter does not introduce input lag.  Various companies have made these over the years.  The Mayflash controller adapter is one such example and sells for about $15.

I bought such a PCB from a Japanese company called Third Science Laboratory. 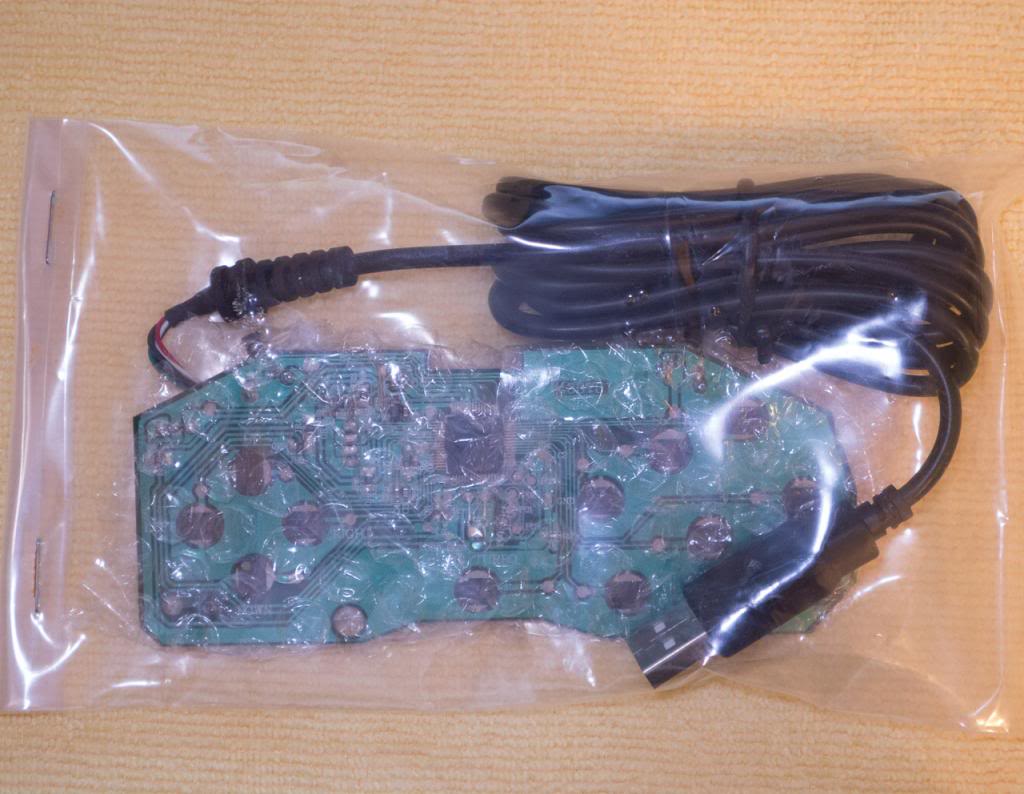 My donor controller is below. 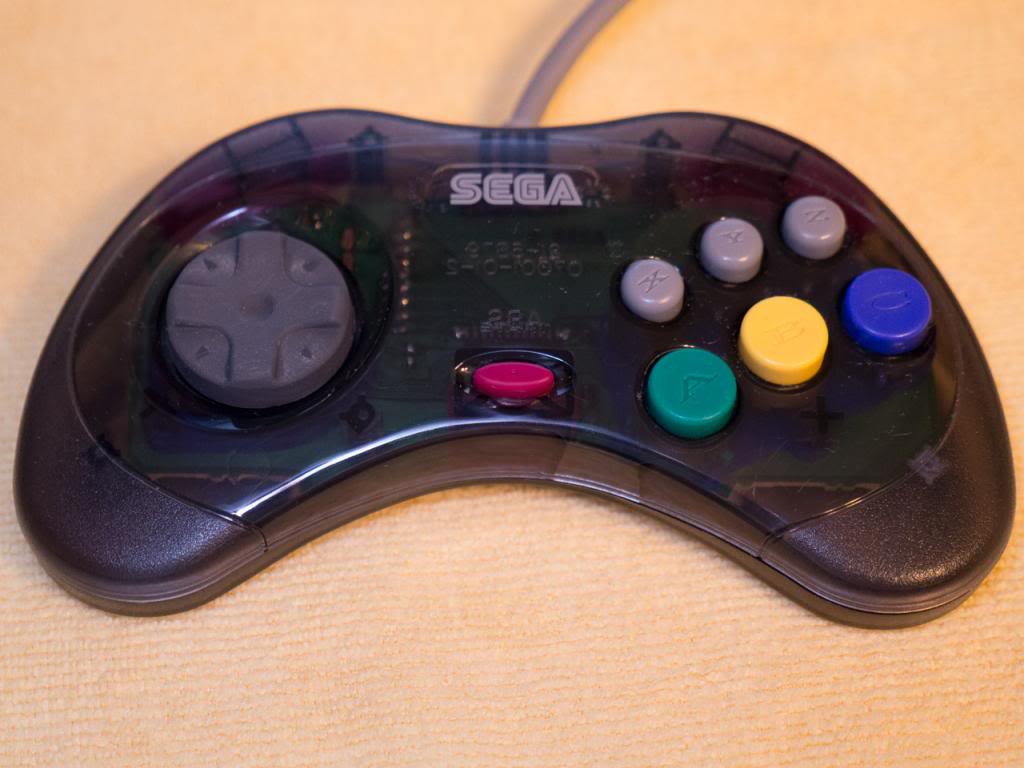 Installing the new PCB couldn’t be easier.  Remove the five screws holding the Saturn controller together, remove the original PCB, install the new USB-compatible one, and reassemble the controller.  That’s it! 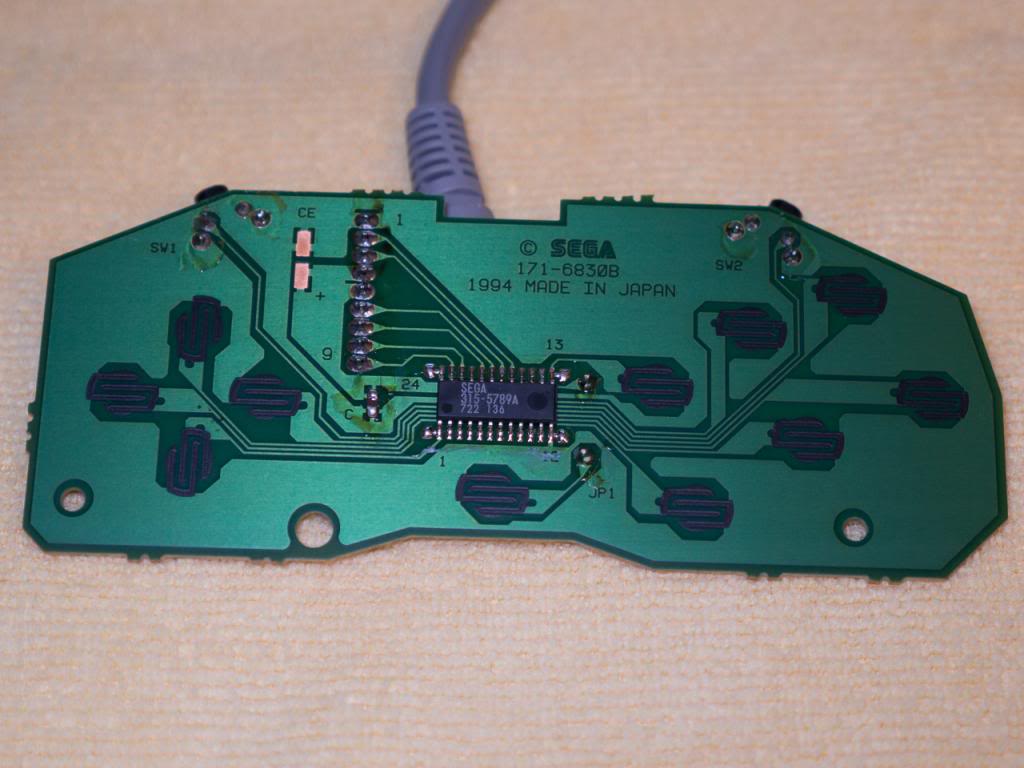 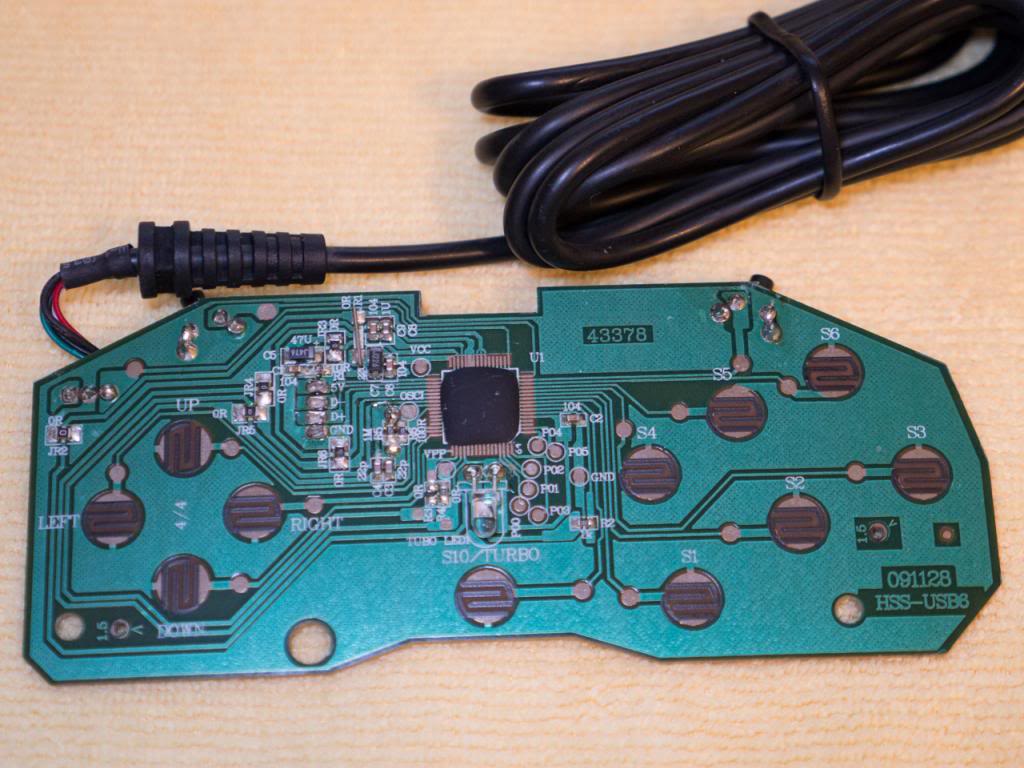 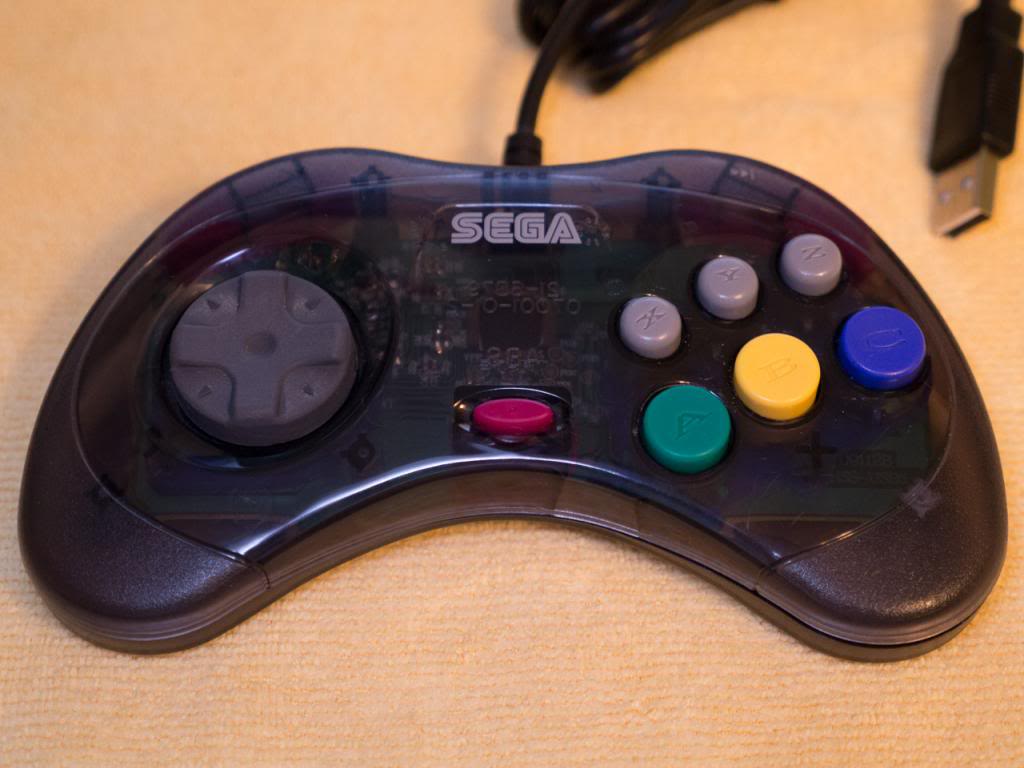 The end result, pictured above, is an excellent controller that is compatible with PC and PS3.  I mainly use it on my PC for emulated games.