I recently dusted off my Panasonic Q GameCube

.  It powered on successfully, but unfortunately the drive tray would not open.  Thus began my quest to fix this classic game console.

If you’re not familiar with the Panasonic Q, model SL-GC10, it is essentially a funky, square-shaped DVD player with a GameCube built-in. There’s no integration between the GameCube and DVD modes like on modern consoles (or even a PS2).  For example, you have to power it off to switch modes, the component video outputs only work in GameCube mode, and the TOSLINK audio output only works in DVD mode.  The functionality and quality of the DVD mode is simply archaic compared to a $40 upscaling Sony DVD player, but it does look cool.

My first troubleshooting step was to take it apart, blow out the dust with a compressed air duster, and put it back together.  Besides being held together by a copious number of screws, it is a simple process, one I originally performed years ago to install a region switch mod.  This did not help, so I disassembled it again to take a closer look at the drive tray mechanism.  Originally I thought the tray motor might be seized up, but the shaft could be turned easily by hand.  While checking this I noticed that the tray belt had slightly hardened (after all it is basically a rubber band) and had slightly taken the shape it had been in since the last time I used it (years ago).

By simply reinstalling the tray belt in a different position, the tray mechanism functionality was partially restored; it failed to open or close only intermittently.  Since the problem was not resolved to my satisfaction, I decided to replace this belt.  I took the tray to a local TV repair shop under the assumption they would have replacement belts of all sizes.  They didn’t.  I was surprised, but I guess it makes sense since it’s likely cheaper to simply replace most DVD players.  The shop did have stacks of VCRs in various states of repair, so maybe that theory is wrong.  In any case, they suggested checking Radio Shack, but the nearest one is miles away and I doubt they would have what I need anyway.

After a bit of research, I found that square drive tray belts are sold by their thickness and inner circumference.  For the belt in the Q, I estimated these at 1.3 mm (0.05″) and 116 mm (4.6″), respectively, with my trusty digital caliper.  I was able to find a close match (0.046″ / 4.6″)  manufactured by Russell Industries, part number SCX4.6 (see their catalog).  It’s available at a variety of stores but many are charging insane prices for essentially a rubber band.  The cheapest I found was at CCE Parts: $1.61 plus $5.95 shipping. 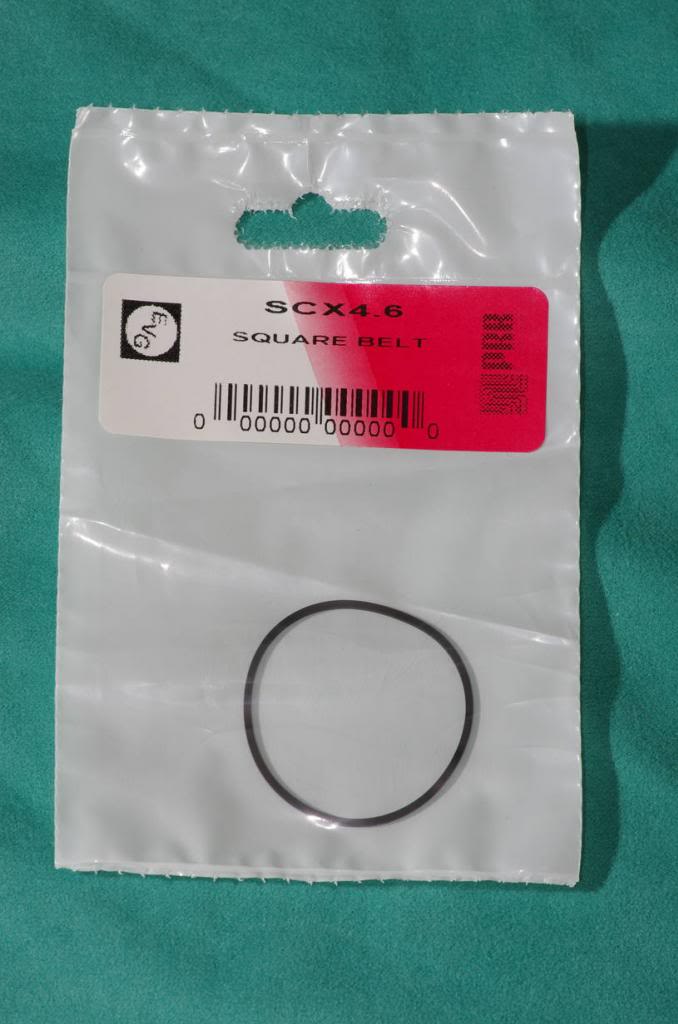 Upon receiving the replacement I disassembled the tray mechanism, including removing the gears, to replace the tray belt.  I then lubricated the gears using high-quality lithium grease (another good option would be Molykote Grease

) and reassembled the Q.  If you are intimidated by any of this, don’t worry.  Just take it easy and be careful not to over-tighten any screws when putting it back together.  With the new belt installed the drive tray operates like new again.  Now for some Mario Kart! 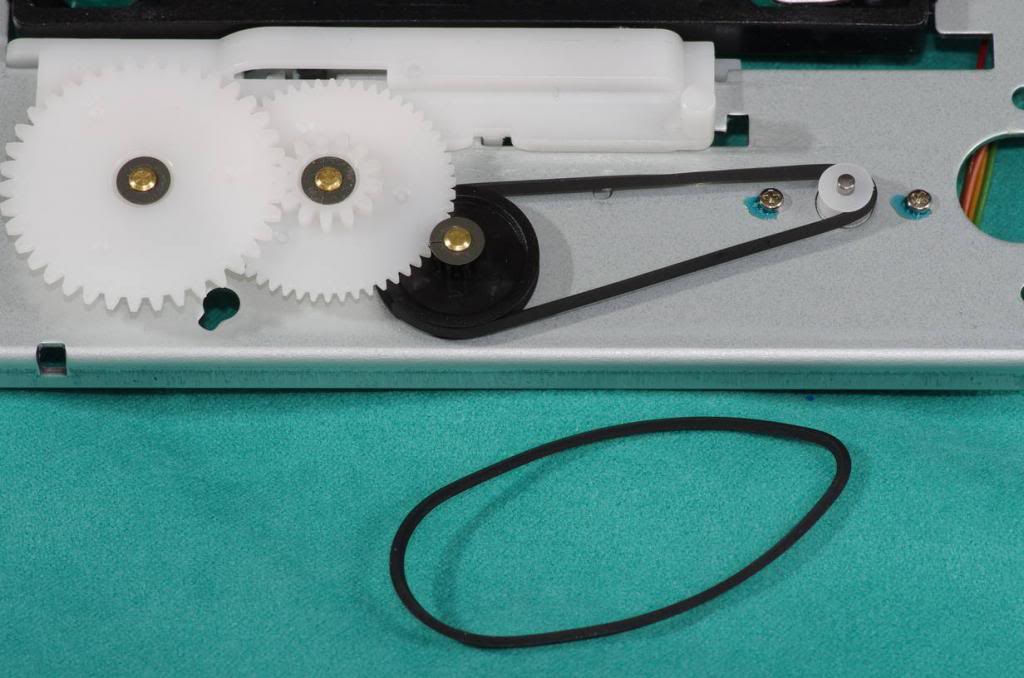